The first round of the MotoSurf Continental Cup America 2020 headed back to the State of Sunshine. The event took place at JetSurf Academy Orlando, in cooperation with JETSURF USA.

The field consisted of 13 men pro racers, 4 women, and 13 amateur racers that arrived ready to battle in between the buoys and enjoy themselves!

Racers not only from the US, but also from Canada, Mexico, Argentina, UK, and the Czech Republic made their way over to compete for trophies from the first race of the MotoSurf America 2020 season. 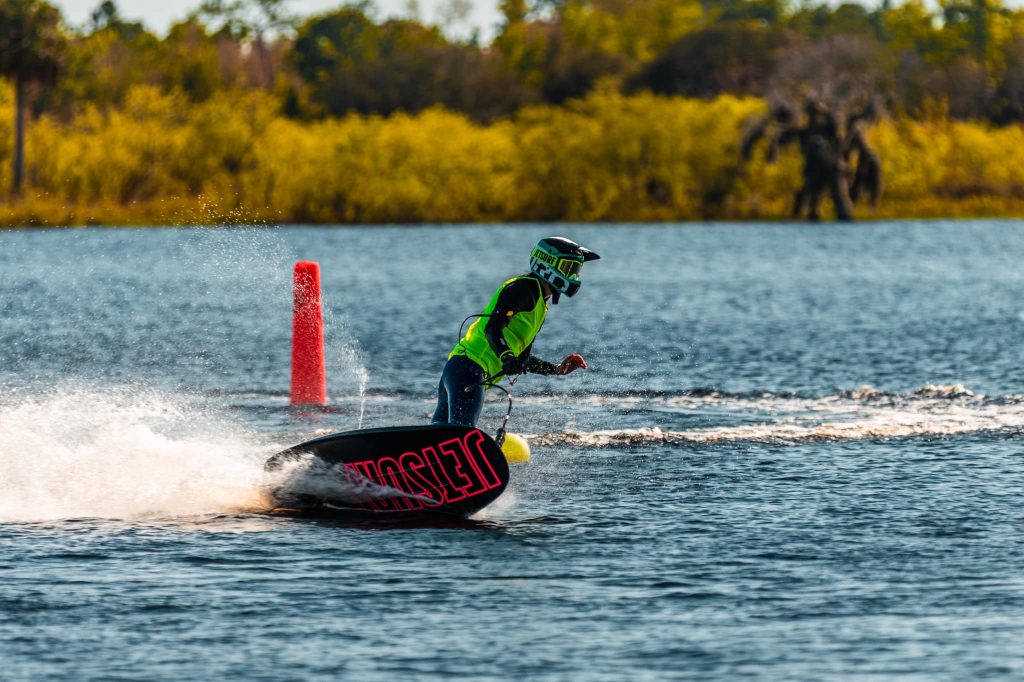 Heats meant four rounds for each class and another chance to score important points to the championship. Spectators enjoyed very close board on board battles and overtaking maneuvers; with riders using the black buoy to benefit from the right tactics.

Amateur class was packed with new racers coming to compete for the victory in the first race of the season. In the end, it was Mark Gomez – 3x Freestyle Jetski World Champion –  who stole the show in his first ever race with a straight line of individual victories in the heat rides. But it was a newcomer Matt Lasco from Michigan who outperformed everybody and went for a convincing win in the final race! 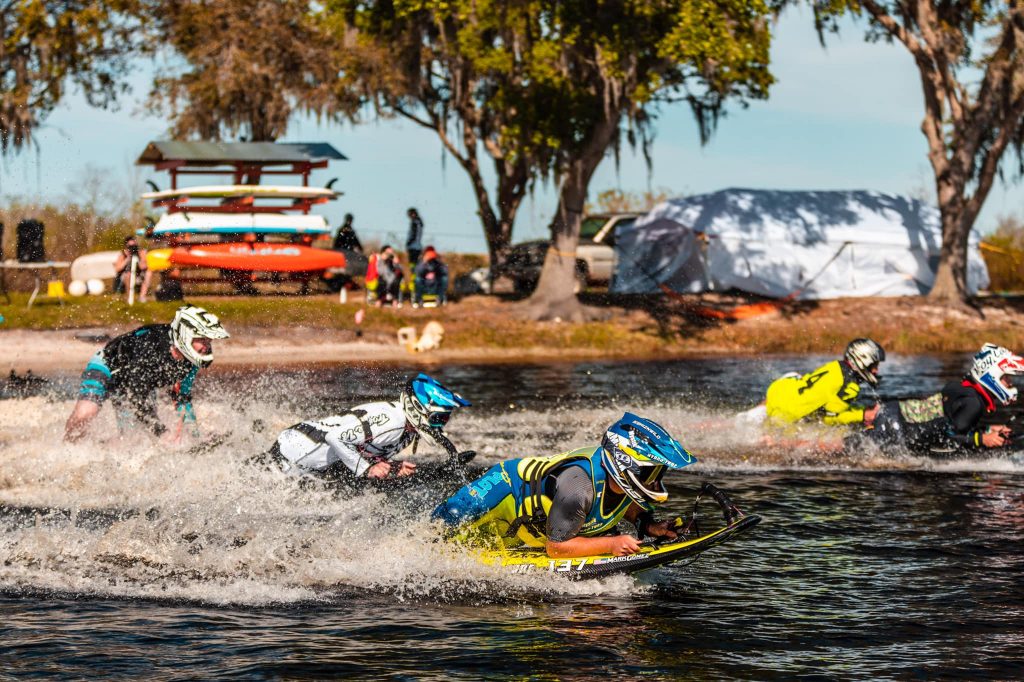 Coming to the Pro men’s finals, action on the track brought super intense racing; many riders held a podium pace. Eventually, Lukas Zahorsky found the best rhythm and grabbed the overall victory, and UK racer Rui Merralls took second. Third place trophy was awarded to the Canadian speedster Mark Andrews. US racer Michael Eaton did great in all heat rides but a few mistakes during the final race costed him the podium finish. 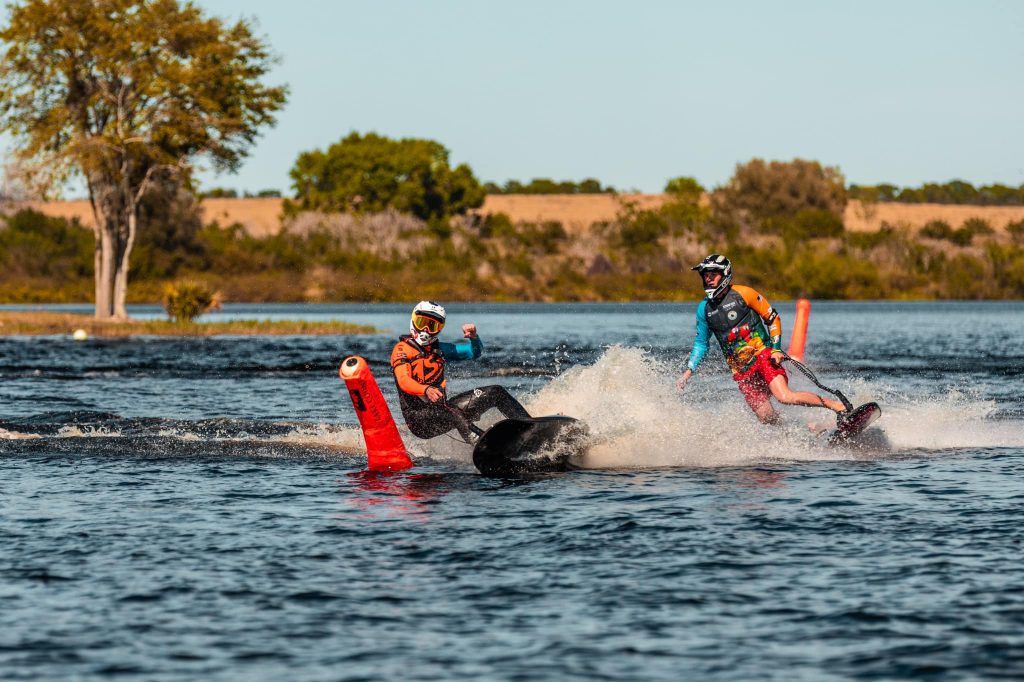 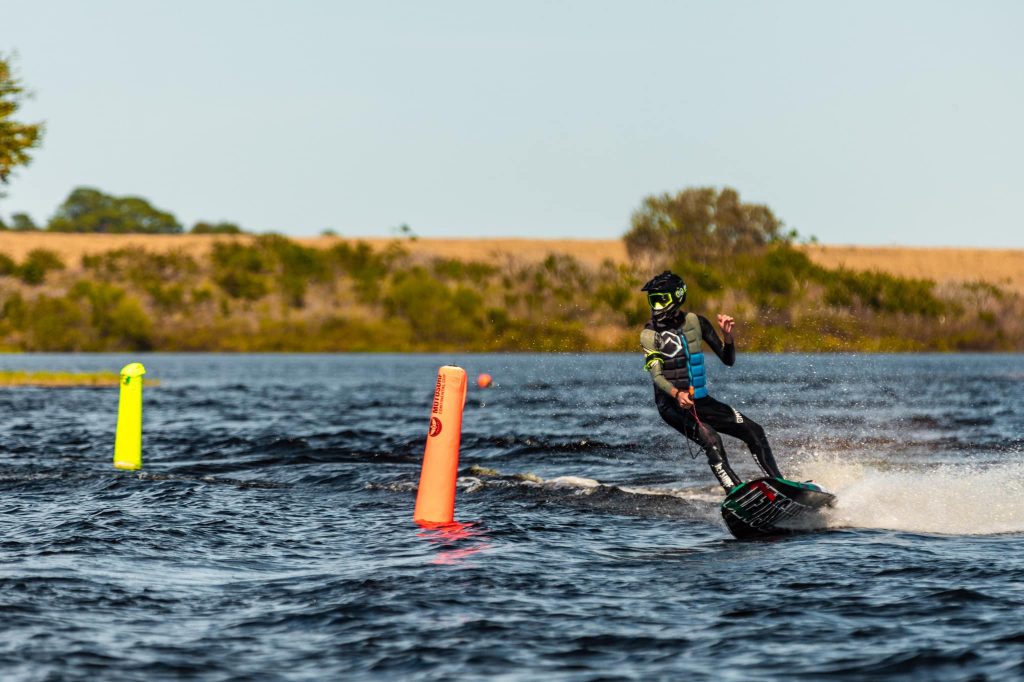 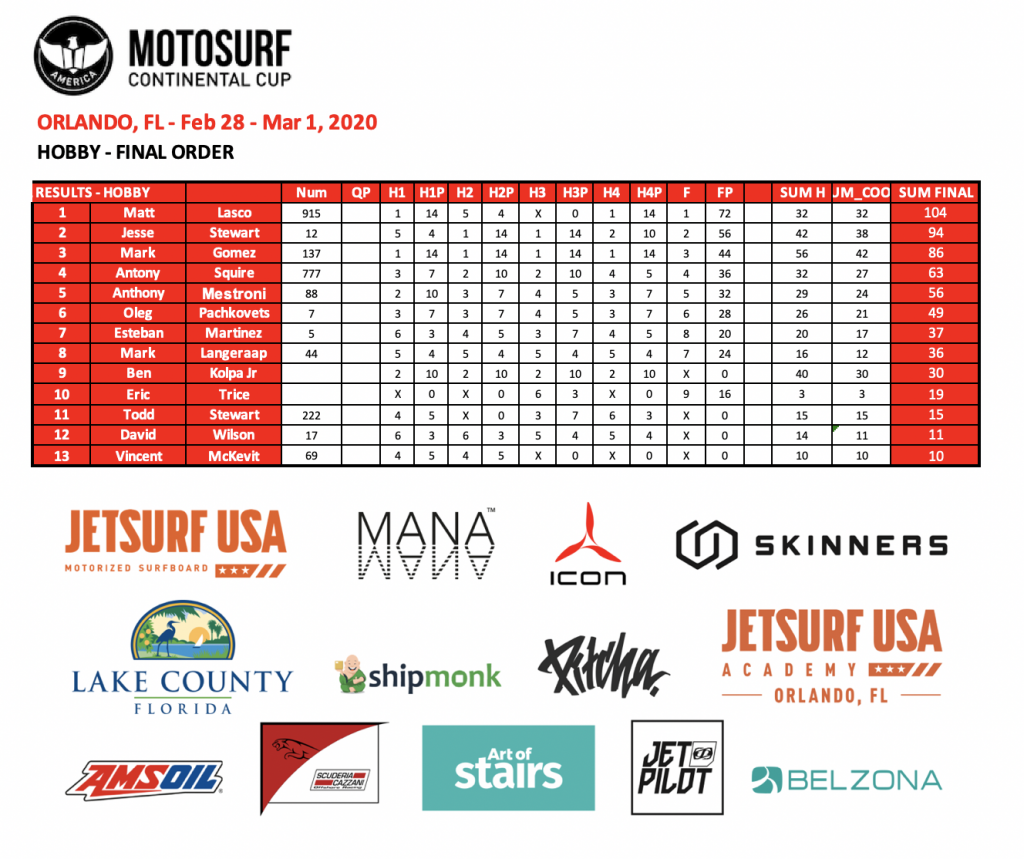 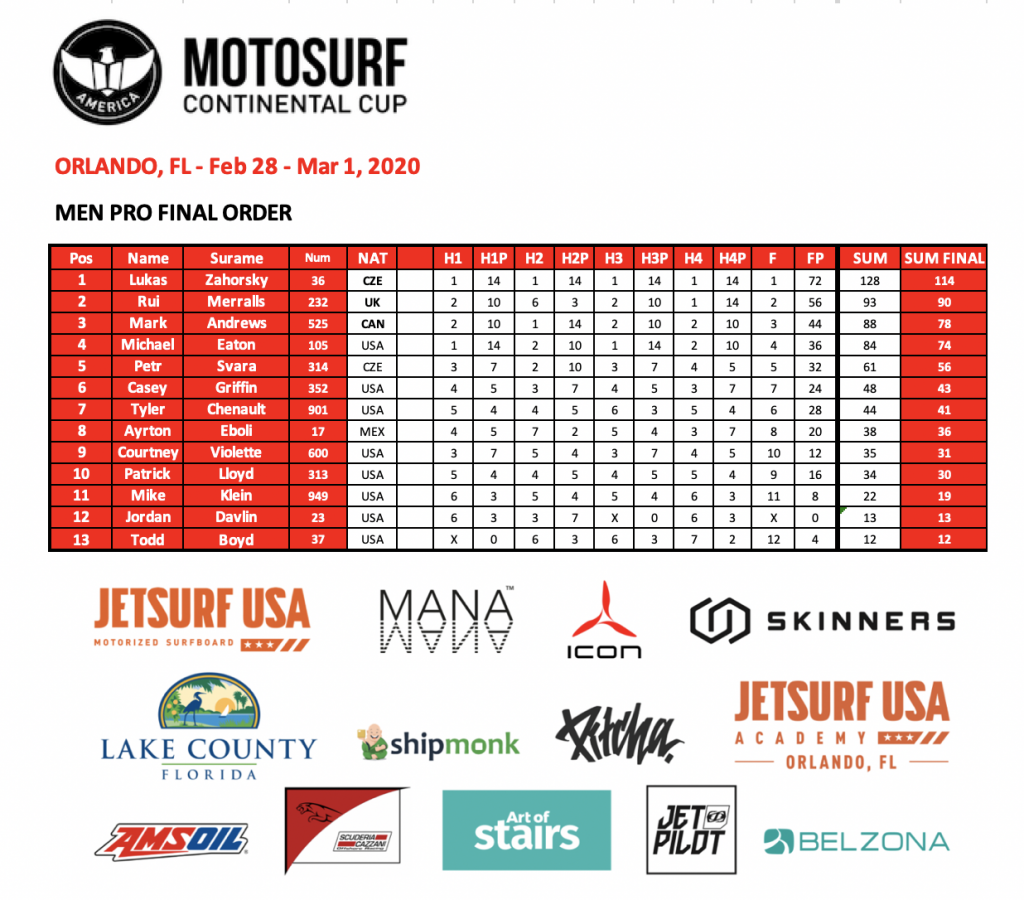 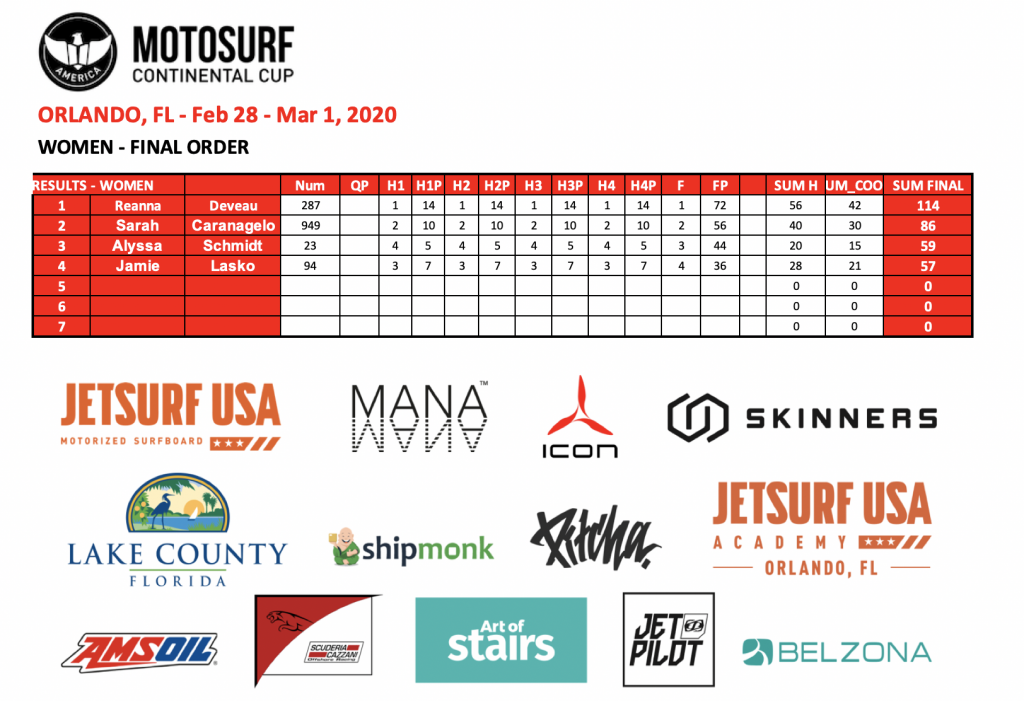 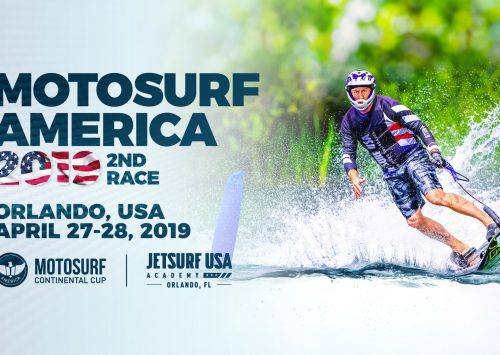